Hiding the Word in Our Hearts

How do we hide God’s Word in our hearts?

I don’t know any way other than memorization.

But don’t let that scare you. I’m not talking about memorizing whole chapters, although that’s great if we can do that, but I’m talking about single thoughts or verses. You may not consider that you are good at memorizing Scripture, but if you are walking strong in the Lord, you have certain scriptures inside you that hold you closer to the Lord, even if cannot quote those scriptures word for word in any of the many translations.

For example, how many of us take comfort again and again in Paul’s assurance that “in all things God works for the good of those who love Him, who have been called according to His purpose?” We may never have actually memorized that verse, or may not even know where to find it (it’s Romans 8:28), but we know its content, and we rely again and again on its truth.

As we read through Scripture again this year (and I trust you have some kind of plan for reading regularly through Scripture), let us find those truths that will transform us, let us mark them, learn them, journal them, hide them in our hearts, quote them, and use them so that, as Paul says when writing to the Corinthians, we will continue to “reflect the Lord’s glory” (2 Corinthians 3:18) and be transformed more and more into the likeness of Jesus.

Fixing Our Eyes On Jesus

“Let us run with perseverance the race marked out for us, fixing our eyes on Jesus” (Hebrews 12:1-2 NIV).

Remember the time when Jesus walked out on the Sea of Galilee to join the disciples when their “boat was already a considerable distance from the land, buffeted by the waves because the wind was against it” (Matthew 14:24)?

When they saw Jesus, they were terrified. They thought they must be seeing a ghost. But then Jesus cried out, “Take courage! It is I. Don’t be afraid.”

Peter’s whole perception changed immediately. He took his eyes off the waves and looked at Jesus: “Lord, if it’s you, tell me to come to you on the water.”

So Peter, with eyes still fixed on Jesus, “got down out of the boat, walked on the water and came toward Jesus.”

Stop and imagine this. Peter did something he never imagined that he could do – as long as his eyes were fixed on Jesus.

But when he looked at the waves, he began to sink.

We are living in stormy times. Some of the waves are fierce. But as long as we keep our eyes fixed on Jesus, we will walk forward in strength. If we begin to focus our attention on the waves, we will begin to sink.

The story goes that Smith Wigglesworth would not allow a newspaper in his home. He did not want to focus on the reports coming from man, but on the message that was coming from God.

May we all run with confidence the race marked out for us, “fixing our eyes on Jesus.” 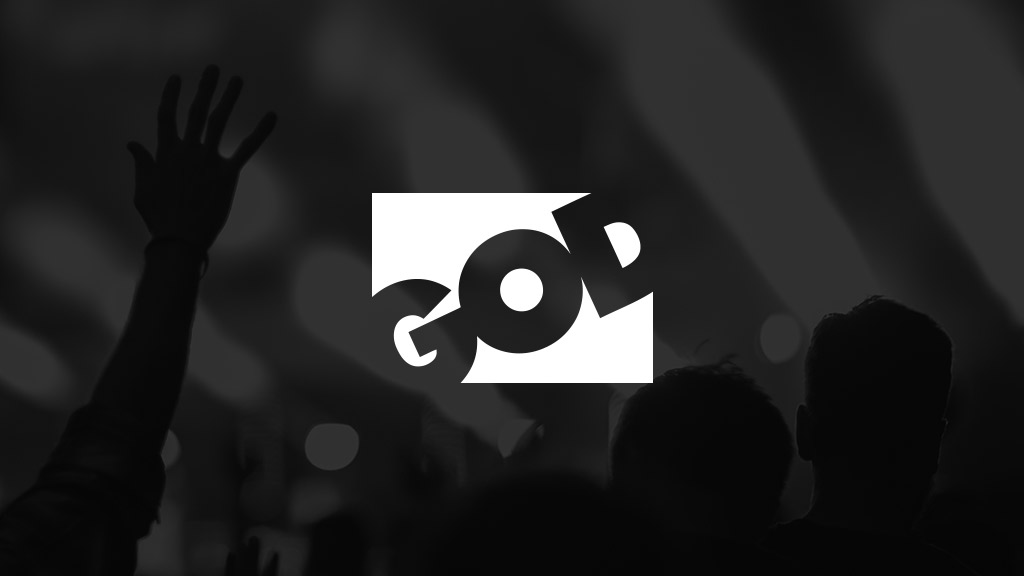 To My Zionist Friends

Response to the God TV dilemma

I am deeply concerned about some of the responses regarding the recent God TV dilemma. Did the God TV brother express himself in a way that is insensitive to this whole issue? Perhaps so, but please do not let this drive any of us away from our covenant Jewish brothers and sisters in the Messiah. Imagine yourself back in the times when the New Covenant scriptures were written. Can you imagine coming against Peter or Paul who were aggressively active in bringing the gospel of Yeshua to the Jewish people?

Do we want to face eternity not having prayed for and worked toward the time when, as Hosea 3:4-5 tells us, “they (the Jewish people) will return trembling to the Lord and to His blessing in the last days?” Surely we do not want to find ourselves on the wrong side of this issue when the Jewish people begin turning en masse to their Messiah, as Isaiah 6:8-13, Ezekiel 36:24-26, Romans 11:26 all indicate! Paul was speaking of his own kinsmen when he said,  “How can they believe in the one of whom they have not heard? And how can they hear without someone preaching to them?” And Paul expected the return of the Jewish people to bring “greater riches” to the whole world, like “life from the dead (Romans 11:12,15).

I wholeheartedly agree that we must be sensitive to the inexpressibly wicked things that so-called “Christians” have committed against the Jewish people. As a member of the “Toward Jerusalem Council II,” I roamed the earth with a group of fellow Jewish and Gentile believers a few years back, all through Spain, including the room where Ferdinand and Isabella signed the godless decrees against God’s host people, to Rome, to Nicea, to the concentration camps of Poland and Germany, taking upon ourselves the sins of “our” people as Daniel and Ezra and Nehemiah did in the past, asking for God’s mercy and wisdom as we walk in repentance and wisdom, but also praying for the redemption of Israel.

I wholeheartedly agree, as one of you recently said, that we are called to “unconditionally loving, serving and defending them (the Jewish people) and their rights to their God-given, ancestral homeland.”

I wholeheartedly agree that we must work faithfully to turn the tide of anti-Semitism that still is rampant in the world.

But does this include an unwillingness to tell our beloved fellow Jews about their own Messiah whom we now serve? Or are we really serving their Messiah if we refuse to speak to them about Him?

Sensitivity, yes, but if Yeshua is indeed the promised Messiah, the fulfillment of the prophets who gave us the Tanakh, then we cannot cease to pray for and desire that they come to that revelation.

How is it possible to say, as another one of you posted, “The idea of bringing the “Gospel to the Jews” in their own language is actually an all-out assault against the Jew’s God-given identity?” An assault!? How is that an assault? Was it an assault to your identity to have the gospel brought to you in your own language? Have some of us drifted so far from Scripture, that we no longer believe the Jewish people need their own Messiah? Do we not remember Paul’s passionate cry: “I could wish myself were cursed and cut off from [Messiah] for the sake of my people, those of my own race, the people of Israel… My heart’s desire and prayer to god for the Israelites is that they may be saved” (Romans 9:1; 10:1)? Do you feel that way?

We are not talking about “converting” the Jewish people. The Messianic brothers and sisters I walk with have not “converted.” They are still Jews, reading the Torah, believing the Tanakh, worshiping their own Messiah. They have not converted to Christianity. They have not joined another religion. Rather as Paul so ably tells his Roman hearers, we Gentiles are the ones who have “been grafted among the others and now share in the nourishing sap of the olive tree,” rather than their being grafted into a Gentile “Christian” tree. We are the former pagans who now believe in and serve the One True God of Abraham, Isaac, and Jacob, the God of the Jewish people.

No, we are not sent to “proselytize” the Jewish people into becoming Christians. Yes, through the centuries when the church was persecuting Jewish people so horribly, any Jewish person who came to faith in Jesus and needed fellowship, had no alternative but to become a part of the church, since both the Jewish community and the Christian community no longer considered that person to be Jewish. How absurd! As though a Japanese believer is no longer Japanese! Thankfully, since the Jesus Movement that has changed.

A few years ago, Charisma Magazine interviewed many of the Messianic leaders in Israel and highlighted their stories in one of their issues. Unfortunately the Charisma editors did not at that time understand this whole sensitivity and heralded their stories on the front page of the magazine by announcing: “These brave Christians are sharing the love of Jesus in Israel.” I was appalled when I saw it, since I knew that these Jewish believers would never have called themselves “Christians.” One of my Messianic Jewish brothers in the Land immediately wrote Charisma a response, which was gratefully included in a later issue. His response was entitled: “I Love Jesus, But Don’t Call Me Christian.”

One of you said: “Many of them (Messianic believers) have been influenced by replacement theology,” and are now “replacing the Jewish people with Christians, Jerusalem with Rome, and the Torah with Christian traditions.” I challenge any of you to name one Messianic leader, who believes “replacement theology” – that the church has replaced Israel. This is absolutely untrue.

Another accusation that one of you mentioned is that someone is trying “to prove Jewish persecution of Christians?” I have no idea to what or to whom that refers. I know of no case where Jewish people are persecuting Gentile Christians. But if you are speaking of some Hasidic Jews persecuting Messianic Jewish believers, I can tell you about multiple cases: a firebomb in a Messianic synagogue, then later tires being slashed during a Shabbat assembly at a congregation north of Haifa, a bomb placed outside a believing family’s house at Purim that exploded in the face of their 16 year old son who had to have multiple surgeries to survive, extreme harassment repeatedly, lining the entrance to the meeting place in Ashdod, sometimes spiting on the believers entering the meeting place, and much more. But in every case, my Messianic brothers and sisters are committed to loving, forgiving and praying for their persecutors. But how does this fit with your commitment to Jewish non-believers, yet turning against the Jewish believers who are being persecuted.

Yes, our God TV brother may have been insensitive in the way in which he expressed himself, but my highly esteemed brothers and sisters, please do not hold your relationship to non-believing-in-Yeshua Jewish rabbis and government officials higher than your relationship to Jesus and to the Jewish people who have received Jesus as their Messiah.

And in your relationship to your Jewish friends, remember the admonition of our brother Peter: “Always be prepared to give an answer to everyone who asks you to give the reason for the hope that you have. But do this with gentleness and respect, keeping a clear conscience, so that those who speak maliciously against your good behavior in [Messiah] may be ashamed of their slander. For it is better, if it is God’s will, to suffer for doing good than for doing evil” (1 Peter 3:15-17). Are you prepared to give them a reason for your faith in Jesus?

If you do this carefully and kindly, I guarantee you that the Jewish people will still respect you. I know this is true because of my relationship to the Jewish community in Nashville. I was asked several years ago to be on a panel discussion at the Temple on “Was Jesus the Messiah?” I referenced Isaiah 53 and kindly declared my faith that He is indeed the Messiah of both Jews and Gentiles, but assured them that if they never agree with me, that I am committed to standing with them and loving them. They did not agree, but I am still an honored guest when I visit the Jewish community.

May God grant wisdom to us all!