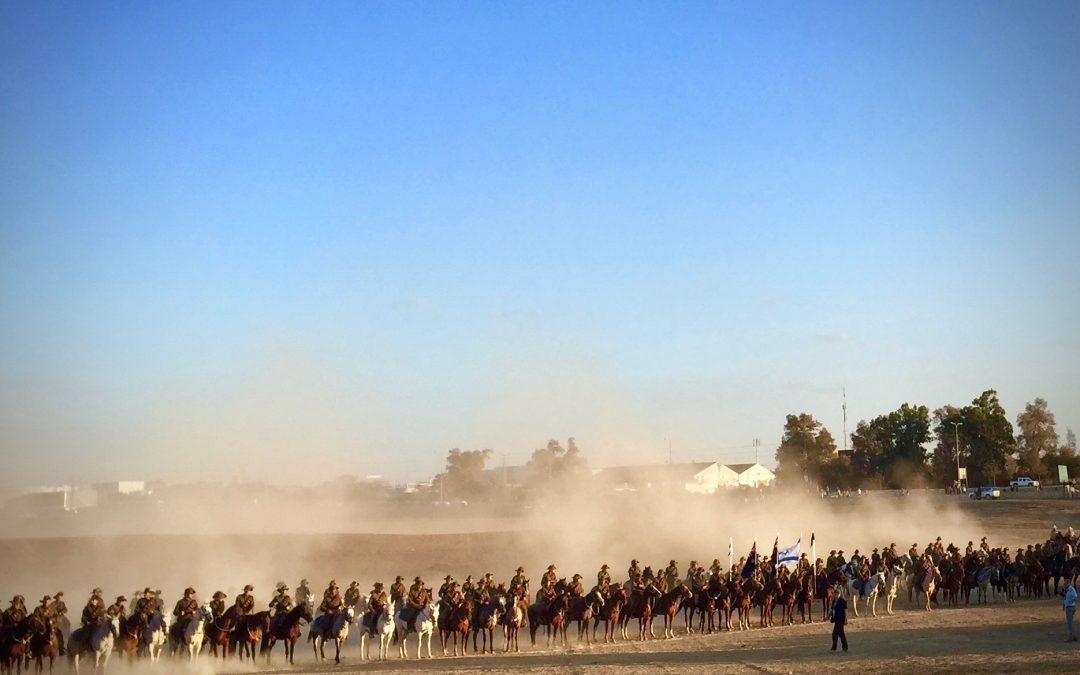 October 31 is now past, but I need to tell you some of God’s timing that I did not know until this trip to Israel.

Most of us probably did know that this date was the 500-year anniversary of Martin Luther’s action that helped to trigger the reformation. Five hundred years ago on October 31, 1517, Martin Luther tacked his 95 theses on the door of the Wittenberg Castle cathedral that sparked a major revival among believers. It was a revival that led to reclaiming the clear teaching of Scripture that faith is “credited… as righteousness” (Romans 4:3).

What you probably did not know, and we did not know until recently, is that on this same date in 1917, an 800 Australian/New Zealand horse brigade mounted the charge against the Ottoman Turks to retake Beersheba, which led later to General Allenby being able to retake Jerusalem.

Not only that, the Balfour Declaration also happened at this same time 100 years ago when “His Majesty…” the king of England, through his foreign minister Balfour, spoke positively about creating a homeland for the Jewish people. All of which led to the United Nations decision in November of 1947 (70 years ago) and the reestablishment of the nation in May of 1948.

I heard some one say one time that “when God’s timing and God’s promise intersect, God intervenes, and looks for those who will participate with Him in what He is doing in that generation” (the opening chapters of the God’s Promise and the Future of Israel book).

We are living in God’s timing. Let us be careful to participate in what He is doing in this generation.