Would you help us spread the word about the September 17 event at Allen Arena on Lipscomb’s campus?

A
Yes, it’s called a Legacy celebration for me.  The good Lord has decided to keep me around long enough for things like this to happen, but it’s also a time to gather partners for the construction of the prayer center on the hill adjoining the Thompson Station Caleb base.  ~ A prayer center that will connect with all the other prayer centers around the world, in South Korea, Jerusalem, Kansas City.  The vision for this center is to pray in the greatest awakening in history tied to the good news of Jesus going to His Jewish family, and to every ethnic group of the world. Jesus’ prophetic words in Matthew 23:39 and Matthew 24:14 will then come to fruition.
A
If you have not personally registered for the evening, please go to 85.calebcompany.org and check out the possibilities to sponsor a table or acquire individual tickets. Whether you are able to attend or not, will you please put this on your own social media page so that we can reach those who would like to partner with us?
A
If the Lord should tarry and I go before He comes, I want to leave behind this gathering place for intercessors where people from all over our area, and also around the world will come to spend hours or even days or weeks in concentrated prayer and worship.
I believe the Lord even indicated to me that I would close out my days in prayer and worship, praying for the greatest awakening in history!
A
I personally appreciate any support you can provide. ~Papa Don

“I am deeply saddened, but not without hope!”

Even though our nation was founded upon Godly principles, in 1962, the Supreme Court of the land ruled prayer and Bible reading out of our schools. Since that time, our schools have been continuing in a downward spiral without moral compass.

In 1973, we opened the floodgates to kill our unborn inside their mothers’ wombs.

Now in 2015, our court has ordered that what God calls detestable and shameful (See Leviticus 18:22 and Romans 1:21-27) is to be considered “good”; for some, a cause for celebration.

I am very sad, but I am not without hope. The very message the Lord laid on my heart more than a decade ago, and about which PREPARE for the End-Time Harvest! was written, is that wickedness and righteousness will ripen side by side as we approach Jesus’ return.

Believers are now facing the most urgent challenge of our lifetime. Our role is the same as always: to love God with all our hearts, and to love all people, including those walking in paths we deem ungodly. But our role is also to stand strong in the Word of God, even if this means enduring accusations or even persecution.

I believe this will be our finest hour. Righteousness is ripening in the midst of wickedness. Light is growing brighter in the ever deepening darkness. Enjoy this season of Chanukah and Christmas!

No surprise to any of you that I believe we have been robbed by removing ourselves from the biblical calendar! HOWEVER I am grateful that we, at least in the west, still have a day when people are singing and listening to songs about the birth of Jesus. Oh, I know, they mix Rudolph and Santa and all that, but I can tolerate that as long as I hear both believers and total unbelievers singing,

“Rejoice, rejoice, Emmanuel will come to you, O Israel!”

“Joy to the world! The Lord is come!”

Just as I am grateful for millions who have continued for centuries to pray, “Thy kingdom, come! Thy will, be done on earth as it is in heaven!” without the slightest idea of what they were praying, I am rejoicing that truth is splitting the airwaves!

That’s what I am praying, so I’m just going to keep on singing – and, once in a while in a mall full of shoppers who are more interested in things than in Him, I’m going to pause and smile – and pray – and rejoice!

Caleb Company – Who We Are 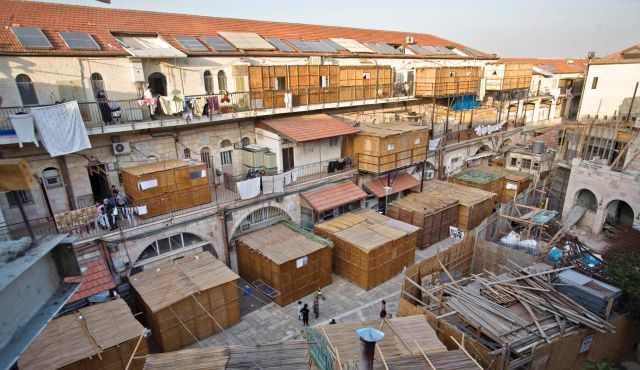 Jesus was likely born during this season, and we look forward to His second visitation!

This evening at sundown is the beginning of the Feast of Tabernacles (Sukkoth). Jewish families around the world will build “tabernacles” and take their meals inside them for the next eight days (see the featured photo). This will commemorate Israel’s release from Egypt when they lived in temporary shelters for forty years of wandering before reaching the land of Canaan, the Land promised to their ancestor Abraham, and to his descendants “forever” (See 1 Chron. 16:14-18).

Joining the Jewish families will be many Gentile believers in Yeshua (Jesus), who understand that we have been grafted into the family (See Rom. 11:17). Our celebration will also rejoice over past victories, as well as look forward to the time when we will “tabernacle” with God.

Zechariah tells us that during the millennial reign of Jesus on earth, when He sits on His throne in Jerusalem, that all the nations will annually have their representatives in Jerusalem for this Feast of Trumpets (See. Zech. 14:16. That’s already good, but I want complete fulfillment of this feast, the time in eternity future when we “tabernacle” together with God face to face through all eternity. John tells us that heaven and earth are joined again – the New Jerusalem descends from heaven – and that “the dwelling of God is with men, and he will live with them. They will be his people and God himself will be with them and be their God” (Rev 21:4-5). We will be returned to a Garden of Eden state, walking with God, having been redeemed through the blood of God Himself in Jesus His Son.

Feast of Tabernacles – a time to rejoice!

I personally will include in my celebration a time of reflection that this season is the time of the birth of Yeshua/Jesus. John the apostle said that “The Word became flesh and tabernacled among us” (John 1:14 TLV). I believe John had put the pieces of Scripture together and knew that this is the season of Jesus’ birth. Jesus took on flesh at this season. If this is true, then he was conceived somewhere in what we call the Christmas season, when the darkest time of year has past and the light begins to get brighter.

Why would I believe that Jesus was born at this season? We know that Zechariah was on duty in the Temple during the rotation of Abijah, in later part of the 4th month on the biblical calendar (See Lk. 1:5 and 1 Chron. 24:7-19). The Biblical calendar begins in the Spring during the season of Passover (See Ex. 12:2). Six months following Zechariah’s announcement from the angel and Elizabeth’s pregnancy began, the angel Gabriel came to Miriam (Mary) in Nazareth to announce that she would conceive Yeshua (See Lk. 1:26-27). This would be the end of the 10th Biblical month. Jesus would be born nine months later because of Miriam’s pregnancy. So, from the time of Zechariah’s announcement to Jesus birth was 19 months, which is last part of the 7th biblical month as the time of Yeshua’s birth. The Feast of Tabernacles always happens during the last part of the 7th biblical month, the month of Tishri.

Tabernacles!
Israel was spared and lived under God’s sovereign provisions.
Yeshua made His appearance during this season.
We will one day tabernacle with Him face to face! 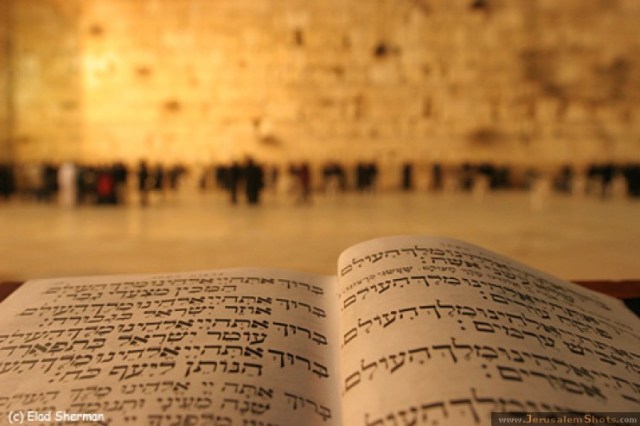 The reading in synagogues this week includes the portion from Deuteronomy 30, a prophetic description of many of our Jewish brothers and sisters who are back in the land as believers in Yeshua/Jesus.

Paraphrasing Moses’s words to Israel: When you have been scattered to the nations, but from the places of your exile, HE will bring you back into the land that your forefathers possessed. That part has already been fulfilled for those who came to the LORD during their exile, but there are more promises to those who have returned. Read Deuteronomy 30, and pray out loud (releasing prayers into the atmosphere), that the LORD will complete the promises to those who have returned as believers. “HE will make you more prosperous and numerous than your fathers (Yes, LORD!). The LORD will circumcise your hearts and the hearts of your descendants (Amen to all the children of those who have returned, in YESHUA’s Name and authority!), so that you may love him with all your heart and with all your soul and live” (verses 5 and 6).

You may want to read the whole chapter, but as you do, agree with God’s promises. Where two or three of us agree together, it will be done. Pray that the believers who have returned to the land of their forefathers will prosper in every way – financially, relationally, spiritually, intellectually, physically – according to His promises!